Mândra SA Bârlad comes from the former Oil Company Republica Bârlad and was founded as an oil factory, in 1911 on the current territory, as a result of the initiative of the great Romanian industrialist Nicolae Malaxa, having at the beginning only hydraulic presses powered by steam produced by a locomotive. The factory was put into operation in 1912:

After being nationalized in 1948, the factory has continuously benefited from modernizations and expansions, from refining sections to increasing production and storage capacity; This refining line was put into operation in 1997.

Following the modernization line, the company bought in 1998 a one-liter PET bottle bottling line, of British origin, with a bottling capacity of 15 thousand PETs in 8 hours. The purpose of this acquisition was to reduce electricity and steam consumption, as well as to become competitive in the market.

In 2002, the thermal power plant was modernized, switching from fuel oil to natural gas consumption, and a boiler was transformed for burning sunflower husks resulting from the technological process.

During 2013/2014, the new Oil Deodorization Section was built, an investment that consisted in the design and manufacture of a continuous deodorization installation. This was done on its own, primarily to avoid high costs, but also as a pilot project that aimed to verify internal projects and external collaborators engaged in this work.

The current capacity of the factory is about 2400-2500 tons of oil / month. The technological flow is limited by the extraction line, which has a lower technical capacity than the rest of the equipment (approx. 7,000 tons / month).

The assets related to the oil factory are located in Bârlad, str. M Viteazul, no. 37, Vaslui county on a land with a total area of ​​21,317 sqm, identified with cadastral number 70713. The land is located in the middle area of ​​the locality, with residential neighborhoods (blocks of flats, detached houses), industrial (CF Iași regional - Bârlad section , Comcereal reception and storage base) and commercial type (commercial spaces on the ground floor of blocks of flats).
Access to the space is made directly from the intersection between George Enescu Street and Mihai Viteazu Street through a parking space. George Enescu Street provides a direct connection with the industrial platform in the south of the city and Primăverii Blvd., which, together with Mihai Viteazul Street, provides easy access to the center of Bârlad.

Buildings / constructions not included in the cadastral documentation:

1. Silos
In the southern part of the property, two modern grain / seed silos with a capacity of about 1,000 tons of wheat / piece (500 tons of sunflower) were made.

The foundation is made of reinforced concrete, and the silo itself is made of tin and has all the necessary equipment. The two assets were realized in 2003.

2. After Impact
Between the C7 and C19 building, a current 2-cell transformer station is built. According to those presented by the company, it belongs to Electrica 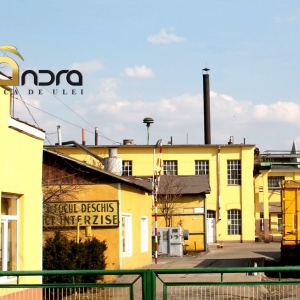 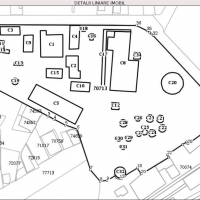 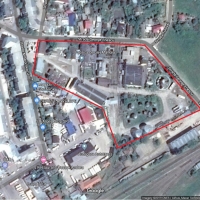 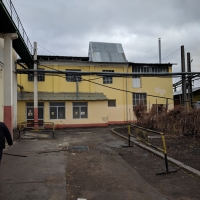 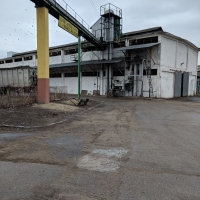 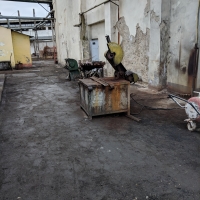 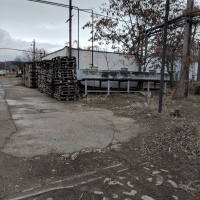 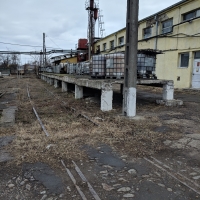 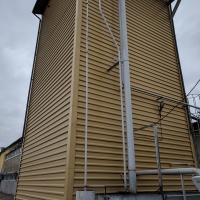