MIRO-PETRIŞ tree farm is located south-east of Bistrita city, around 15-km distance from it.

The farm covers 172,16 hectares of land, among which 96,67 hectares are in the property of the company MIRO SA and 75,49 ha are conceded from the State Property Agency. The cultivated areas include fruit cultures, namely young cultures.

The production that may be obtained from the current cultures on fruit amount to the following:
- 700 tones of apples;
- 230 tones of prunes;
- 100 tones of cherry;
- 20 tones of grapes;

The above-mentioned values depend on various factors such as unpredictable natural phenomena (drought, hail, floods) or different species of pest. It is important to bear in mind that the ratio between cultures on fruit and cultures that are not on fruit is of 22%, which will lead to an increase of productivity.

Access to the farm is via a communal road and the utilities include electricity, drinkable water connected to Bistrita water system, namely irrigation network: the plantation of 21,60 ha f super prominent apple trees is equipped with an irrigation network, drop system and trellis support system.

The equipment include machinery that process the land, tractors, storage equipment (box-pallets and freighters as well as treatment facilities.

The most important facility is represented by an industrial warehouse with a usable area of 2.383 sq. m. This includes 12 frigorific cells with a controlled atmosphere which allow the storage of 2.000 tones of fruit.
Thus, apart from the main activity of cultivation and valorization of its own production, there is also the processing and storage activity which allows the possibility to capitalize on the products at higher prices leading to a maximization of the profits.

For more informations about price, contact our sales person 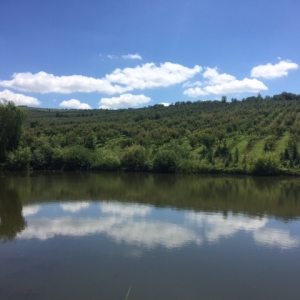 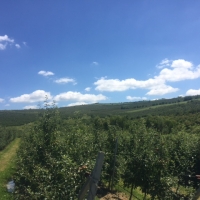 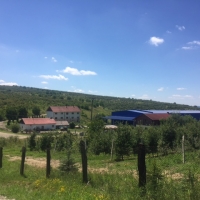 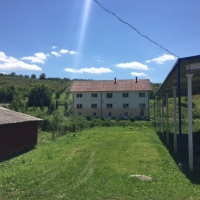 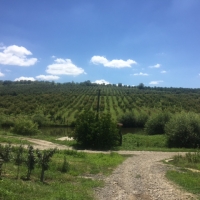